This year Miami hosted the 54th Super Bowl. To celebrate we thought it would be fun to explore an important design element within the sport Industry - logo design, here we will get behind the stories & design choices for some of the biggest sport franchises in the world…

American sports logos; they tend to be big, brash and bold. And with good reason. They have to appear on uniforms, merchandise, the stadium and grounds; are plastered on game tickets; and they need to look appealing and recognizable on formats including TV, websites, social media, and even company stationery. The modern sports team has a lot of branding touchpoints.

Traditionally, they have had to look good in black and white as well as color. They have to be recognizable when seen in motion and at speed. They also need to represent something relevant to the team and its local fans, in order to instill a feeling of team support.

Sometimes, as is the case with the New York City Football Club and English based Manchester City, the choice of logo and brand can also signify a sporting and business partnership.

There is also an increasing number of teams that are being sponsored by major brands. Red Bull is a prime example of this. The Austrian energy drinks manufacturer sponsors a Formula 1 team as well as The New York Red Bulls, and have made inroads into various sports across the world. They are arguably the biggest sports brand which isn’t, in the strictest sense of the word, a sports brand.

There are a lot of factors at play when designing a sports team brand.

The Logo Transcends the Team

When talking about American sports logos, we have to first look at the New York Yankees interlocking NY symbol. In many ways it bucks sport logo trends. It doesn’t feature any animals, people, or any kind of stylized portrayal that we see today.

Designed by Louis B. Tiffany, the logo was actually the subject of a medal given to the first NYC policeman shot in the line of duty. It was worn by the New York Highlanders in 1909 and became the standard for the New York Yankees in 1922. It uses the team’s navy blue and white colors, and it has become so powerful a logo that it is used to represent the city as a whole in marketing and merchandising.

It has undergone minimal changes since its introduction, with stylistic changes made to the letters, and there are, in fact, three different official versions of the NY. However, the NY logo hasn’t been the primary logo since 1968.

Animals are used in a lot of American sports motifs. In most cases they are chosen to represent the team values and often have a link to the area.

The Chicago Bulls were the NBA’s 10th franchise and launched in 1966. Team owner, Richard Klein, chose the Bulls nickname at the time, and he chose the nickname because it not only presented strength and power but it relayed the city’s meatpacking traditions.

By choosing a motif that was relevant to local industry, it helped ensure that workers and their families would be more inclined to back the team and get behind them. It identified with the team’s target market.

Klein also said that he wanted a nickname that used only a single syllable because those with three syllables didn’t enjoy the same level of success.

The logo was created by Dean P. Wessel, who accepted season tickets as payment, and after the addition of blood to the bull’s horns, it was accepted. The logo has not changed since 1966 (if it isn’t broke, don’t fix it!), although legend has it that since the departure of Michael Jordan, the expression has become less ferocious..?

In 1960, the Dallas Cowboys opted for arguably the simplest of all sports motifs. The star represents the nickname of Texas as “The Lone Star State”. On its release in 1960, the logo was a simple and solid blue star.

In 1964, this was changed to include the white border we now see, which means that it works on both a light and a dark background. The logo has never changed since. Like the New York NY, this motif is unusual. It doesn’t bear the name of the team or, for that matter, any writing whatsoever.

Logos to Match the Mood

Motif design was popularized in the 1950s. At the time, America was recovering from World War II. Advertising and marketing were gaining in importance, and sports franchises were among some of the first to adopt radical new ways to do business. They needed logos that were modern and that matched the brand they were trying to promote. Even the leagues themselves wanted something to match the era.

In 1968, Major League Baseball (MLB) approached the marketing firm Sandgren and Murtha, and designer Jerry Dior was given the job of designing a nondescript baseball player. He completed the sketch in an afternoon, originally using blue and green magic markers. The only real difference between the current design and the original is that the noise is pointier now than in Dior’s design.

It was only in 2009 that the MLB took the word of Dior’s former colleagues and acknowledged that it was he that had come up with the design.

A Brand to Match a Brand

In 2006, Red Bull’s parent company, GmBH, completed the acquisition of the New York/New Jersey MetroStars and renamed the team the New York Red Bulls. The team motif is, effectively, the Red Bull brand logo with the city name New York under the bulls and a football placed between them.

The logo has remained the same in the 13 years since Red Bull’s involvement, and is likely to mirror that of the energy drink in the future.

Will a Rebrand Lead to a Loss Of Fans?

Although there are examples, as above, of logos that have remained the same over the years, there are plenty of examples of logos that have changed. Some teams have made wholesale changes, effectively starting from the ground up, but most have chosen to make gradual and slight changes over a number of years. The fear is that altering a brand will lose the loyalty of the existing fan base. After all, how would you feel if your team completely changed their iconic brand?

One area where change seems popular with teams is for those franchises that use a bird as their emblem. Both the Toronto Blue Jays and the Arizona Cardinals took existing bird logos and attempted to beef them up. Animals are typically chosen to represent strength and endurance and we understand that blue jays and cardinals may not necessarily convey these particular features, but the logo changes just looked odd. The blue jay was give muscles and a maple leaf tattoo while the cardinal seemed to be adorned in a red bodysuit and had definitely packed on the muscle since his first iteration.

The Blue Jays name was contentious from the very start in 1977. It was chosen, many believe, because of the Labatt’s Blue brand of beer and the company’s close ties to the area.

Marketing company Savage Sloan was given the unenviable task of creating a logo for the unpopular name, and they came up with the original logo. Toronto designers Brandid created a new logo in 2003, with a muscled bird around the letter T. Fan uproar led the team to switch back to their original logo set in 2004, which would remain in place until their unveiled their current logo in 2012.

The Arizona Cardinals underwent a similar change in the 1950s.  Their original bird, which had been introduced in 1947 was changed to that of a muscled cardinal donned in a red bodysuit, running with a football.

The logo lasted a year before the team changed its name to the St. Louis Cardinals, but the same style of logo was used until 1969. In the following year, the body was removed and just the head of the bird was used thereafter.

The Denver Broncos have undergone several logo changes in the course of their history.

They started with a brown and mustard image of a bronco and football playing, moustache twirling rider for their inception in 1960. This changed to a primarily orange and white design with blue lines in 1962.

Still unsettled on their logo, it changed once again in 1970 to a snorting bronco inside the letter D.

In 1997, the letter D was dropped altogether and now consists of just the head of a bronco horse. The colors, at least, have remained the same since 1962 with just a slight shade change.

The Role of Branding in US Sports

Branding is huge business, and this is especially true in American sports. Fans pay thousands a year to support their favorite team, and fandom can accurately be described as being tribal in a lot of cases.

As well as paying to go and watch matches, supporters buy jerseys and uniforms, branded merchandise, and they are prepared to pay extra for new second and anniversary kits. This represents a profitable way for teams to garner money that, in most cases, goes back into the team by paying for grounds, paying player salaries, and paying for league membership.

A striking and memorable logo may only be part of a team’s identity, but it is an important one and when it is done well, the logo itself can transcend the team that started it. 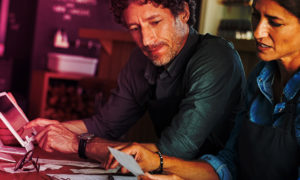 Running a Restaurant & Surviving the Pandemic

In today’s climate, one of the, and if not THE, hardest hit industries is hospitality. More specifically, the independent restaurant businesses are suffering the worst at the moment. 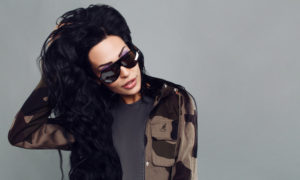 In this post we explore some of our favorite examples of branding in hip hop culture. We talk about why some of these branding efforts work so well, and how they’ve influenced the culture as a whole. Walk this way…