Print: The Death Of A Media 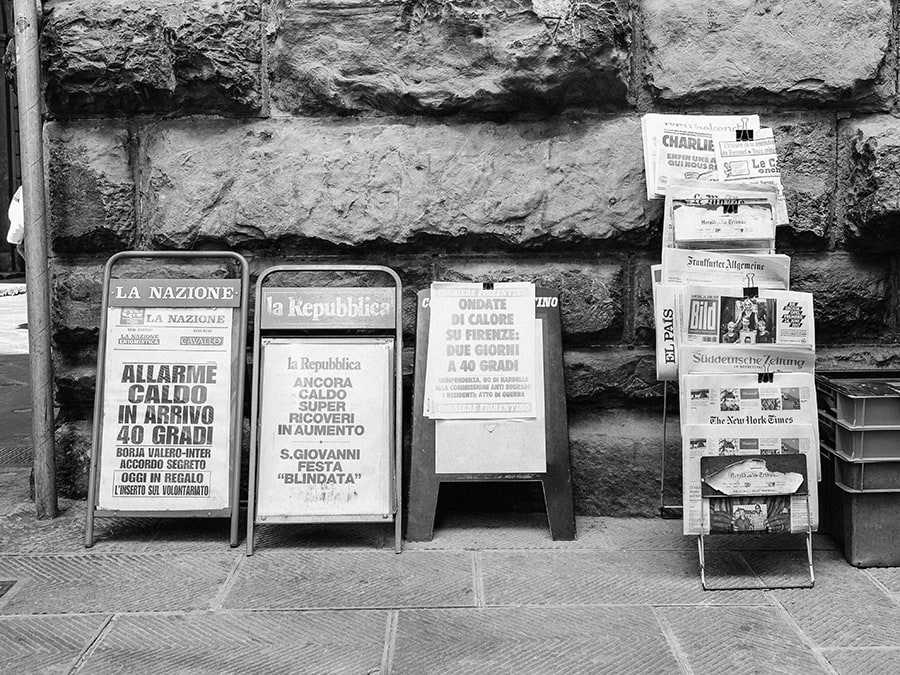 Right now, as print media is in its death throes, there is a lot of denial. There is also a lot of anger and depression, but that largely emanates from the owners and shareholders of print publications, including ...

Included in the steps of accepting death are denial, anger, bargaining, depression, and ultimately, acceptance. Though these emotional responses were not intended for this purpose, clearly, many people are in denial about the slow, painful passing of print media.

Right now, as print media is in its death throes, there is a lot of denial. There is also a lot of anger and depression, but that largely emanates from the owners and shareholders of print publications, including newspapers and magazines at least the ones that aren’t going digital. The focus of this post, however, is that print media is indeed dead, and yet, predictably, many people remain slaves to their denial of that fact. Mind you, I am not saying that printing is dead not by a long shot. Desktop color ink jet printers, and lightning fast laser printers attest to that fact. It is print media that has expired. If you’re having trouble believing that, you’re not alone!

If you enjoy opening that thick, inky bulk of treated tree pulp on Sunday mornings and digging into the crossword, or catching up on business trends, or just seeing what the critics say about the movie you plan to see that afternoon, then denial is not so bad. On the other hand, if you’re in business and you are lagging behind in acceptance, then you might just be unwittingly plotting the doom of your business.

Contrary to what most people think, printing first appeared in China. Xylography, as it is called, was accomplished by hand carving blocks of wood into entire pages or sections of pages. It was hundreds of years later (circa 1450), in Europe, that the famous German goldsmith Johann Gutenberg changed all that, and made printing more practical on a larger scale. Gutenberg’s amazing invention dramatically changed the entire world, and those changes have evolved and endured for almost six centuries, all the while making unprecedented shifts in almost everything on the planet. The evolution of printing in the last century has been nothing short of phenomenal. If you have a desktop laser printer, you have more printing power than most printing shops did in 1950.

Print media is hanging on by its proverbial fingernails to ever-shrinking subscriber and advertiser markets. Not only are these market bases shrinking, but they are shrinking at an ever-increasing rate. Newspapers, for example, peaked in 1987, but in the last couple of years their decline in readership and advertising has accelerated noticeably. Despite the growth of the US population, newspaper readership has dropped from 62.7 million in 1988 to 12.5 million in 2017. Magazines are no better off.

Hot, relatively new magazine titles, such as Wired, as well as long established newspapers like the New York Times are facing unprecedented losses on a regular basis. Even the great print media ‘institutions’ like TV Guide, National Geographic, and House & Garden are seeing their print editions in rapid decline. Overall, magazine subscriptions have fallen back to 1994 levels.

Amazingly, a few magazines and newspapers are showing an increase in advertising sales revenues, even though they have fewer subscribers and are selling fewer ad pages. How? By increasing pricing for the same amount of space, that is going to fewer readers. Why would anyone pay more to get less? Surely they are uninformed, and/or in denial. Business owners and decision-makers tend to be somewhat older, and as such are firm in the ‘old ways,’ one of which is to advertise in print media. Print media is definitely still something that needs to be done, but only at a comparably low level, and all print media ads should direct consumers to websites. Websites can employ endless space, music, voice, sound effects, interactivity, and animation to display and sell vast numbers of products and services to endless streams of new and repeat visitors.

The Internet assault is not reserved for print media advertising sales. Radio and TV are finding the Internet to be formidable competition for advertising dollars, also. Radio listener-ship is at its lowest point in over 25 years, and the major TV networks have lost about two thirds of their viewers since 1985.

Video games took an early chunk of users away from the TV and the radio, and still do. But no self-respecting gamer doesn’t spend oodles of time on the Internet looking for tricks, special codes, and hints. And all those gamers want to play as often as possible. They want more ‘time.’ Researching news online is faster, and free, and so is buying things on line. Buying online also saves fuel.

While more and more people quit reading the newspaper and magazines, they spend more time on their computers, on line. Little wonder, information is easy to find, isolate, and review, and a ‘surfer’ can save substantial amounts of money on almost anything they want to buy. Also, Internet users can sell almost anything quickly, and for more money, something that is clearly shown in the unprecedented success of eBay.

A great example of the Internet’s influence can be seen in vehicle sales. Ten years ago, if you lived in a town of 10,000 and you wanted to sell your three year old automobile, you paid $30 to run a small black on white print ad for a week, and then you hoped that someone in town wanted to buy your car. You could also advertise in the papers of larger towns near you, each time paying more fees, and getting the same small ad. Today, for $30 and up, you can place an ad on line and millions of people see it. You have practically unlimited space for text, and can include several color photos. You don’t have to sit by the phone, either you’ll get an email. People will view your car 24-hours a day, seven days a week until it sells, for much closer to your asking price. You’d be amazed at how far away people will travel to buy the car they want.

But the phenomenon holds true for essentially everything that is sold from farm implements to clothing and jewelry. If you own a clothing store and you advertise in a magazine, in color, it is costly, and you can show one item, plus all the necessary information like your location, hours, etc. On the Internet, you build a website and show your entire line, and include maps to your store, music, animation, and whatever else works for selling your products. The magazine with your ad will go to the same people, and not very many of them in many cases, and it will go into the trash in a few days. The Internet, on the other hand, is available to everyone, everywhere, and keeps on going and going. The difference is astounding!

What about differences in costs? I’ll use a local magazine that has enjoyed a degree of success over the past couple of decades, and compare it to the Internet. The magazine’s monthly readership is said to be 35,000+. A full page color ad costs about $3,000 for one issue. Divide the cost by the number of readers and it costs about $85.71 per thousand impressions. Conversely, a banner ad on one of the city portals that enjoys about 1,000,000 visitors per month costs roughly $41.66 per month, which works out to cost less than a .05¢ per thousand impressions. That makes the print ad cost about 8,000 TIMES more per [possible] impression than the banner ad. Of course, not everyone will stop and read your banner ad, but then too, not everyone will stop and read your print ad either.

Whether you’re one of those in denial or not, print media is dead. You can either accept it and succeed, or deny it and fail. Printed media such as newspapers and magazines have seen their day. And as trees become fewer and fewer, gasoline becomes more and more costly, and people demand more of advertising to entice them to spend their hard earned dollars, this becomes more obvious. If your business has not yet felt the impact of Internet creep, the indelible handwriting is clearly on the wall.

About 100 years ago many businesses accepted that expensive, new fangled, noisy invention, the typewriter, and they survived. Some saw it as a ‘fly-by-night’ fad, and refused to change their handwritten ways, right up until the last day they were open.